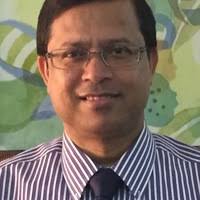 Mohammed Nuruzzaman earned a Ph.D. in Political Science from the University of Alberta in 2003 and has taught at different universities in Canada, Bangladesh and Kuwait.

Winner of some prestigious scholarships and fellowships, including Durham Senior International Research Fellowship 2016 - 17, KFAS (Kuwait Foundation for the Advancement of Sciences) research grants in 2013, and the GUST - UMSL Summer Research Fellowship in 2011