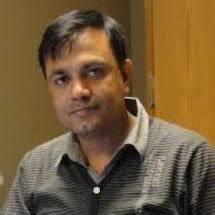 Dr Nagender Aneja is working as Asst. Prof. and Programme Leader (Computer science) at School of Digital Science, Universiti Brunei Darussalam. He did his PhD in Computer Engineering from J.C. Bose University of Science and Technology, YMCA and M.E. Computer Technology and Applications from Delhi College of Engineering. He is currently working in area of Deep Learning. He has 20+ years of experience that includes five years of Industry Experience at CPA Global for Microsoft Patent Research Services. He has done several process innovations including developing automation tools for patent analysis at CPA Global and developed expert directory for Universiti Brunei Darussalam. He has been awarded Brunei ICT Award 2016 and two patents from USPTO. He is also founder and developer of ResearchID.co.

Deep learning needs lots of data for training; however, in some industrial applications, the significant amount of data may not be available, limiting the deep learning approach. Modern techniques like transfer learning and generative adversarial networks show some hope to solve this challenge. The objective of the project is to propose new techniques for deep learning training.

Generative Adversarial Networks may have potential to solve the text-to-image problem, but there are challenges in using GANs for NLP. Image classification have got benefitted with large mini-batches and one of the open question the question https://distill.pub/2019/gan-open-problems/#batchsize is if they can also help to scale GANs