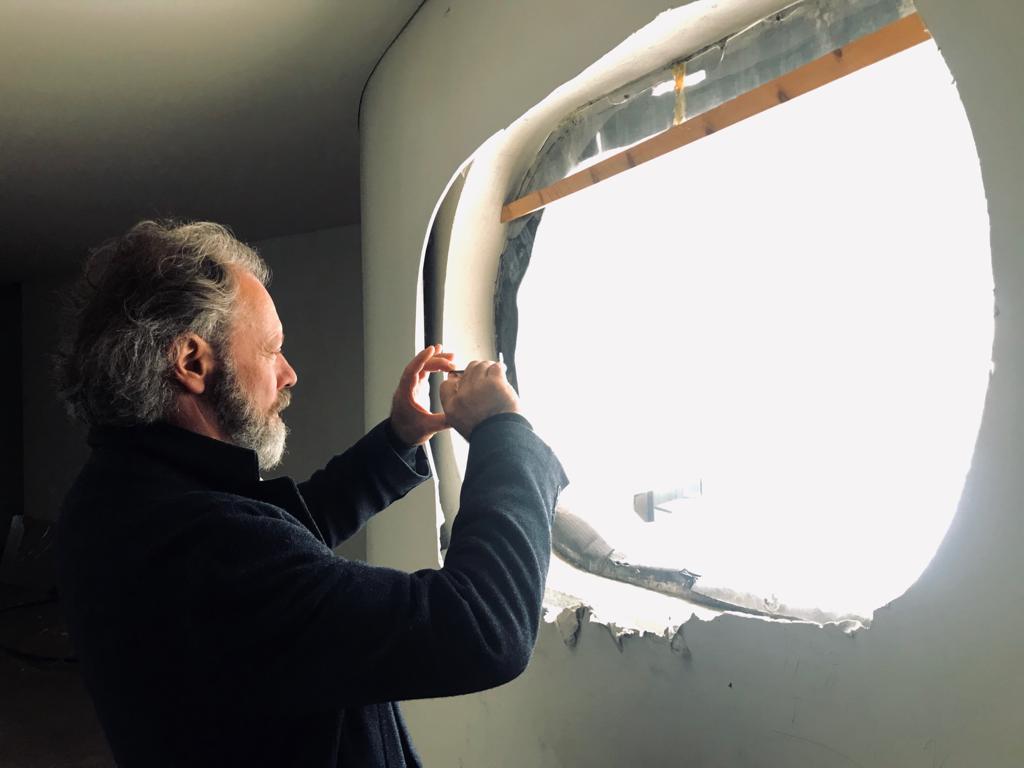 Professor at FAUP since 2007 in the area of Architecture Communication and Photography he is responsible for the courses “Computer Architecture Aided Design” (CAAD) and “Photography of Architecture, City and Territory” (FACT). He has oriented and co-oriented several Master Thesis, PhD and curricular and professional internships. He is also the coordinator of the research group Centre for Communication and Spatial Representation (CCRE) integrated in FAUP´s R&D centre, director of the cultural association Cityscopio and the founder and editorial coordinator of scopio Editions and its open platform scopio network, which is a CCRE´s research-based editorial project focused on Documentary and Artistic Photography related with Architecture, City and Territory. He has curated several architectural photography exhibitions in Portugal and abroad, workshops and international debates and seminars around the universe of Architecture, Art and Image, being the founder and coordinator of international conferences On the Surface: Photography on Architecture, which last edition was held at the Museum of Art, Architecture and Technology (MAAT), Lisbon. He is the author and editor of more than 30 books and Editorial Coordinator of Sophia peer review Journal specifically designed to address theoretical work on Architecture, Art and Image. He was the coordinator and Principal researcher (PR) of several national and international projects public funded, and he is currently the coordinator of “Visual spaces of Change” financed with 189.011,13€. He won the PRAXIS XXI, FCT 1998 fellowship and the Jens D rup E-Learning Award 2013, EUNIS as one of the coordinators of the first E-Learning Cafe in Porto.

Pedro Leão Neto (Porto, Portugal, 1962) holds a Degree in Architecture at Faculty of Architecture of the University of Porto (FAUP, 1992), a Master’s degree in Urban Environment Planning and Design (FAUP, 1997) and a PhD in Planning and Landscape (University of Manchester, 2002). Concludes his Post-doctoral work "CONTEMPORARY VIEW ON PORTUGUESE ARCHITECTURE: DOCUMENTARY AND ARTISTIC PHOTOGRAPHY MAPPING (FAUP, 2018).

OBJECTIVES
The general objective of CCRE is to articulate the mobilizing potential of Architecture, Art and Image to, among other things, (re)think how the world of Image and the various tools of representation, with special incidence on Contemporary Photography, extend a practice of architecture or theory as instruments of thought and imagination, as well as allow another reading of the city space and its architecture allowing to identify and give visibility to new spaces of political action and urban intervention.

Thus, the research areas of interest to the group are, in general terms, those of Architecture, Art, and Image and, in specific terms, those of Documentary and Artistic Photography related to Architecture, City and Territory. In this context, CCRE promotes initiatives of research, communication and critical reflection in which Image is present in a significant way, integrating design, photography and other expressions and instruments capable of assisting architectural thought, practices, theory and imagination. CCRE is specifically interested in developing and disseminating works that reflect and investigate through photography - in a critical, exploratory and innovative way - the themes of architecture, city and territory, having a comprehensive understanding of architecture as a discipline capable of integrating social, economic, political and technical dimensions reflected in its practices and theoretical body.

The mission of the research group is to create a collaborative network environment using a participatory platform (AAi2 Lab) capable of supporting various research and studies containing various types of information that enables communicating various content related to Art, Architecture, Urban Planning and the way people live, understand and transform their city, connecting various departments and university research centers with public institutions and the public in general.

In this line of thought, we understand the AAi2 Lab as an extension of the group itself, i.e., a more experimental extension, for that very reason laboratory and inspired in broad conceptions of creativity and innovation as driving forces of processes of social and institutional co-evolution. AAI2Lab, in close articulation with the curricular units of FACT and CAAD, intends to offer to the students of MIARQ (and also of PDA) a significant starting point regarding paradigms and methods of investigation, through the realization of workshops, debates, conferences and other actions of knowledge sharing, that stimulate the dialogue of students and researchers with other professionals, of diverse institutions/organizations and disciplinary fields, articulating the academic formation, the professional practice and the scientific investigation.

CCRE is, in this context, an open research group, with an extension AAi2 Lab, and capable of integrating several studies and works through its different sites and platforms, and which aims to gain the interest and collaboration of different people and research, from various institutions and fields of study where are located several projects as well as various actions related to them and often establishing a bridge with teaching: Master Classes, Workshops, Conferences, Debates, Open Classes with guest teachers from other disciplinary areas of the U. Porto and outside the academy, Exhibitions, development of the scopio Editions with various publications and scientific articles, among others.

The AAi2Lab+ project is inspired by broad conceptions of creativity and innovation as inducing forces of social and institutional co-evolution, of exploring the potential of documentary and of artistic photography and mapping, combined with qualitative and quantitative approaches, for making imaginative questions on space appropriation, urban perception and socio-cultural diversity, as well as for addressing transversal problems within interdisciplinary debates on Architecture, City and Territory.