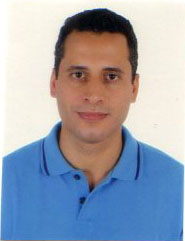 This project aims to achieve an intelligent release system of granular urea based fertilizer coated with CaCO3 and MgO nanoparticles. The work will seek to: a) determine the influence of the parameters used in the preparation of coated urea granules on properties fundamental to the release kinetics of macro and micronutrients; b) characterize the urea granules in relation to the properties that influence the controlled release of the fertilizer; and c) determine the efficiency of coated and uncoated granulated urea on the cultivation of eucalyptus seedlings.

This research project has as its general objective the preparation, characterization and evaluation of photodynamic efficiency of polymeric lactide-co-glycolide acid (PLGA) nanospheres linked or not to polyethylene glycol (PLGA-PEG) molecules, containing phthalocyanine of gallium (GaPc) as a photosensitizer in reducing the viability of MCF-7 breast tumor cells. The influence of parameters involved in the preparation of nanospheres on nanoparticulate properties will be studied by chemometric procedures. Experiments will be performed to evaluate the effect of photosensitizer encapsulation on GaPc photobleaching as well as on the side effect of photosensitivity on non-cancerous cells.

The photobleaching of the free and encapsulated metallic phthalocyanine and its effect on the photooxidation of simple molecules
Journal of Photochemistry and Photobiology B: Biology
2016-12 | journal-article
DOI: 10.1016/j.jphotobiol.2016.10.007Parte de ISSN: 1011-1344

Effects of Preparation Conditions on the Characteristics of Poly(lactide-co-glycolide) Nanospheres Loaded with Chloro(5,10,15,20-tetraphenylporphyrinato)indium(III)
Journal of Nanoscience and Nanotechnology
2011-06-01 | journal-article
DOI: 10.1166/jnn.2011.4136Parte de ISSN: 1533-4880

Drug release from microspheres and nanospheres of poly(lactide-co- glycolide) without sphere separation from the release medium
Journal of the Brazilian Chemical Society
2010 | journal-article
EID: 2-s2.0-77951851850