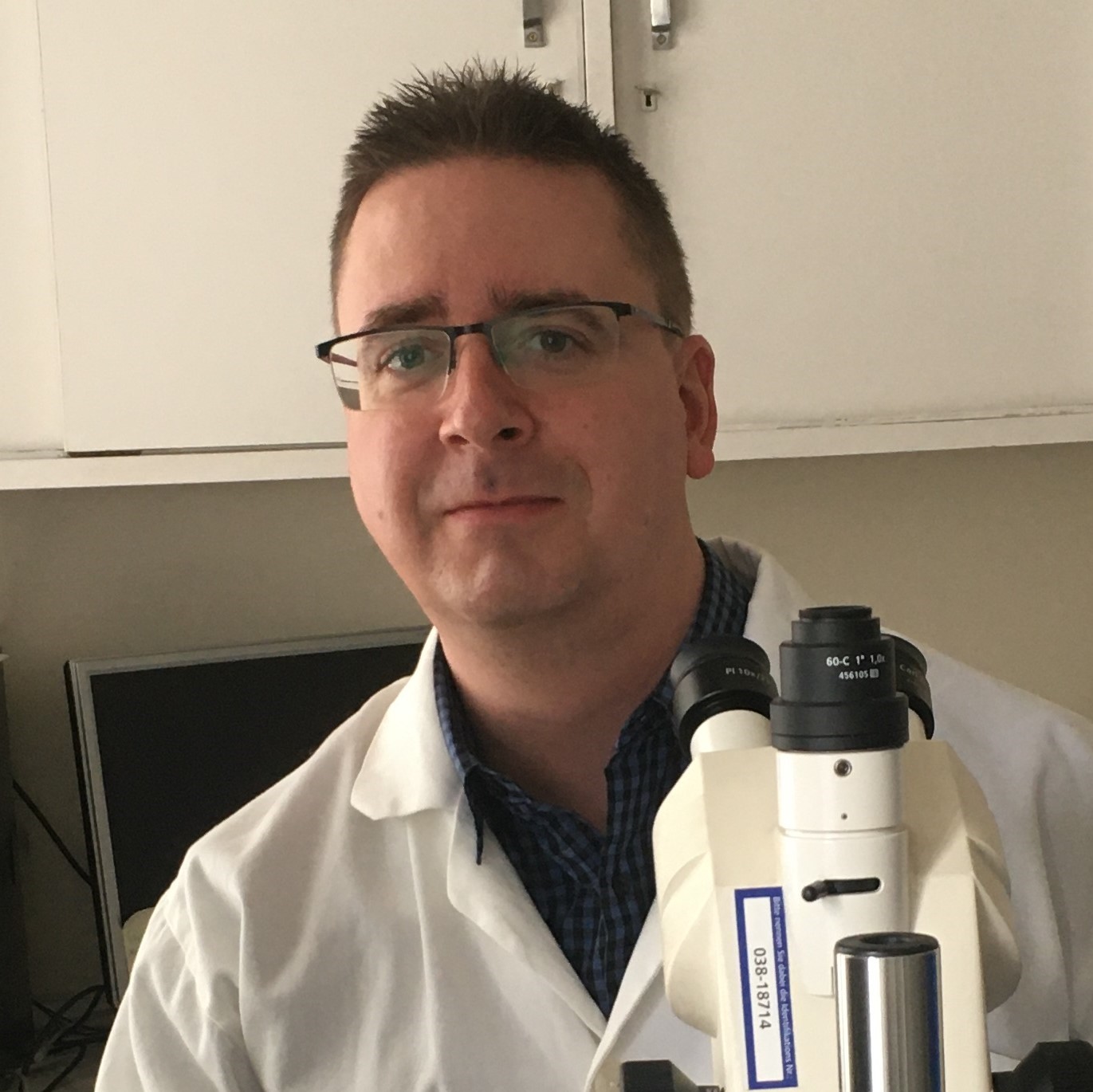 I am a DVM, PhD, DSc, habil, Dipl. ECVM, head of a 15-member research group and the vice director of the Veterinary Medical Research Institute, an honorary professor at the University of Veterinary Medicine, Budapest, Hungary and the director of the Mycoplasma diagnostic & biotech company, MolliScience Ltd. I am the author of more than 130 peer-reviewed scientific papers and three book chapters. My laboratory served as an OIE reference laboratory between 2015 and 2018. Currently I am the supervisor of six graduated and three active PhD students.

I am keenly interested in infectious diseases, particularly bacterial pathogens. My current work is primarily on mycoplasmosis but I also work with a variety of other diseases, including tularemia, brucellosis and Q fever.

The establishment of the laboratory is of key importance for the national economy, since the rapid recognition of infectious diseases, along with effective prevention and treatment are especially important due to the large number of farm animals in Hungary and the annual increase in revenue they generate. Also playing an important role in the project is the study of the increasingly alarming spread of antimicrobial resistance, especially with regard to the possibility of its transfer from animals to humans. The laboratory's innovative competences and modern infrastructural capacity not only further the nation's human and animal health, they also increase the international competitiveness of domestic livestock breeding.

Most of VMRI's research groups are involved in the research project. The project’s main objectives were generated by the animal health problems caused by viruses, bacteria and parasites that threaten the competitiveness of poultry industry, and that could lead to market improvements for the sector. Research directions have been identified that can effectively help to address the current challenges in poultry nutrition, food chain safety and zoonoses.

The aim of the Health Safety National Laboratory is to create a scientific basis for decision-making in Hungary based on data and analysis in the areas of health care, epidemic prevention and ecological systems. The project encompasses research carried out in the fields of epidemic mathematics, epidemic ecology, invasion biology and data-driven health care, among other topics. The laboratory unites and coordinates the research groups operating in this area in Hungary in an insular fashion along the "One Health" concept, thereby supporting networking and the creation of an effectively collaborative and internationally competitive research community.

- P 21 00357: Live, attenuated Mycoplasma anserisalpingitidis vaccine candidate
- Beside fundamental research we provide diagnostic, contract and training services globally.
- We produce In Vitro Diagnostics (IVD) under our own brand and sell know-how under royalty agreement to different producers.
- We are proud that BioChek B.V. (The Netherlands), the global market leader company in the field of poultry diagnostics, has bought under a royalty agreement our DIVA tests which differentiate Mycoplasma gallisepticum and M. synoviae wild-type and vaccine strains.

My team collaborate with farmers, veterinarians, contract sponsors and academic institutions. Our multidisciplinary team is qualified and experienced in conducting a wide range of studies from laboratory related research and development projects, via animal facility based experiments to field studies.

We also provide diagnostic services globally. During our servicies we help to design the sampling to be the most appropriate and cost-effective for each special case. We help to interpret the results and give personal advice, such as what additional diagnostic tests can be performed. We are also able to suggest treatment options as well as eradication and control measures such as vaccination or monitoring plan.

We opened MolliScience Ltd., our Startup company specialised on Mycoplasma diagnostic & biotech services. We turn our know-how and fundamental research results into application. We develop In Vitro Diagnostics (IVD) under our own brand and we run vaccine invention research projects.